By Medifort on 8th November 2019 in News

It all started in 2001 when we found Prostamax being sold in the USA and realised that there was then nothing like it in the UK. A few months later we were importing it and sales were better than we expected from the outset with only a few adverts. 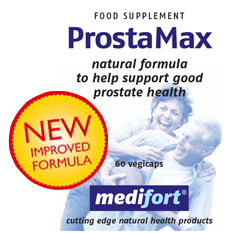 Three years later we started producing in the UK and now sell all over Europe. Others have tried to copy our Prostamax but we remain the UK’s number one.

Colmax laxative for constipation was added to the product range ten years ago and, has again, proved to be a huge success.

Greens for Life is a massive boost to anyone who wants to help their general well-being and immunity and our latest addition is Follimax which really can slow down hair loss.

Constipation – help yourself
Boosting you immune system for winter